The latest surge in high-tech companies has many cities looking to attract greater shares of this industry to their communities. In fact, many have put in place policies they believe will draw greater numbers of high-tech immigrant entrepreneurs.

In the white paper, “Lessons for U.S. Metro Areas: Characteristics and Clustering of High-Tech Immigrant Entrepreneurs” (Ewing Marion Kauffman Foundation, 2014), authors Cathy Yang Liu, an associate professor in the Andrew Young School, and her colleagues Gary Painter (University of Southern California) and Qingfang Wang (University of North Carolina Charlotte) explore the characteristics of immigrant business owners in high-tech industries. The study looks at their location and distribution in regional economies as well as factors that shape their residential patterns in metropolitan areas. 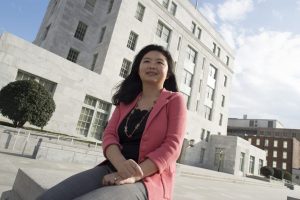 “Results suggest that a metropolitan area with a historically high foreign-born population, a higher ethnic diversity, a stronger base of high-tech industries and higher innovation capacity is more likely to have a higher level of immigrant high-tech entrepreneurship,” explain the authors.

Interestingly, the last decade has seen more foreign-born populations in the high-tech industry moving to the newly emerging metropolitan cities that are actively cultivating these characteristics.

“While the largest immigrant gateways – coastal cities and established metropolitan areas – accounted for a dominant share of all immigrant high-tech entrepreneurs in the country in 2011, new immigrant destinations in the South and West, like Atlanta, have seen significant increases of immigrants in high-tech industries,” they write.

Send this to a friend