Dr. Cheryl Davenport Dozier is a Professor of Social Work at Georgia State University, Andrew Young School of Policy Studies. She is President Emerita of Savannah State University (SSU) where she served from 2011-2019 as the 13th and first permanent female president. An educational and civic leader for over forty years, Dr. Dozier has been engaged in initiatives as an advocate for educational access, social justice, diversity and equity and has received numerous awards for her work. Dr. Dozier was instrumental in enhancing the university’s global mission, including two Fulbright- Hayes Educational programs, the renewal or establishment of academic relationships at universities in Ghana, Cameroon, Liberia, Nigeria, Brazil, Cuba, China and India and creation of the Confucius Institute. She has traveled to countries in Africa, Asia, South and Central America on educational excursions with faculty and students for over twenty years to ten countries. She currently serves as the Honorary Co-Chair of the University Consortium for Liberia (Atlanta), The Ossabaw Island Foundation Board and Alpha Kappa Alpha Sorority, Inc. (AKA) HBCU President’s Roundtable.

Dr. Dozier had a 17-year career at the University of Georgia (UGA) where she served as Associate Provost and Chief Diversity Officer for the Office of Institutional Diversity (2006-2011), Assistant Vice President for Academic Affairs (2002-2006) at the Gwinnett University Center (now Georgia Gwinnett College) and Professor (tenured) in the School of Social Work (1994-2011). She also served as faculty and Director for the Ghana Interdisciplinary Study Abroad Program and as affiliate faculty in the African Studies Institute and the Institute for African American Studies. She continues to serve as faculty/researcher on the Foot Soldier Project for Civil Rights Studies and Research at UGA. Dr. Dozier earned a bachelor’s degree from Fairleigh Dickinson University, Master of Social Work degree from Atlanta University (now Clark-Atlanta University) and Doctor of Social Work (DSW) from Hunter College at the Graduate Center of the City University of New York. In 2016, she was awarded an honorary doctorate degree at the University of Liberia. 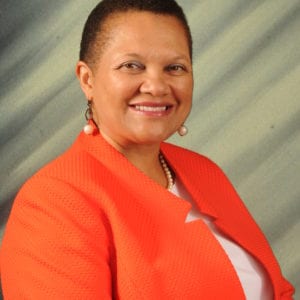