Dr. Damon D. (“Dave”) Camp, Jr. is currently the Coordinator of the Atlanta Police Leadership Institute at Georgia State University which delivers leadership training to Atlanta Police Department mid-level police managers. Previously, he served as the Interim Dean of the School of Public Service & Administration at Anderson University (AU) in Anderson, South Carolina and the Coordinator of the Command College of South Carolina at Anderson University from 2009 to 2018 where he oversaw an executive-level Master’s degree designed to prepare criminal justice administrators for leadership positions. He currently teaches at Anderson part-time. In addition, he was the Inaugural Chair of the Criminal Justice Coordinating Council of Anderson County, South Carolina

Dr. Camp holds emeritus status on the faculty of the Department of Criminal Justice and Criminology at Georgia State University (GSU) where he served from 1982 until his retirement in 2007. At GSU he was department chair from 1982 to 1988 and the editor of Criminal Justice Review in 1987. He has held office in state as well as regional criminal justice educational associations and was President of the Southern Criminal Justice Association during the 1988-89 term.

In the past, Dr. Camp worked closely with the Georgia Public Safety Training Center where he provided training on chief executive civil liability. In addition, he served over 15 years as an Advisory Member of the Georgia Peace Officer Standards & Training Council. He has conducted research and training for the Metropolitan Atlanta Rapid Transit Authority (MARTA) police department, the Georgia Department of Corrections, the Fulton County Sheriff’s Office, the Georgia Association of Chiefs of Police, the Georgia Sheriffs’ Association, and the East Point, Georgia Police Department. His research interests include domestic terrorism, civil liability, and criminal justice management issues. Dr. Camp holds a Ph.D. in Government from Claremont Graduate School, and a JD from Georgia State University.

Dr. Camp was selected as a Distinguished Alumni on the Tenth Anniversary of the College of Urban Life, Georgia State University in 1978. In addition, he received the Southern Criminal Justice Association Richter H. Moore, Jr. Founder’s Award in October 2010, one of only five recipients since its establishment in 1994. He is an Active Member of the Georgia Stata Bar 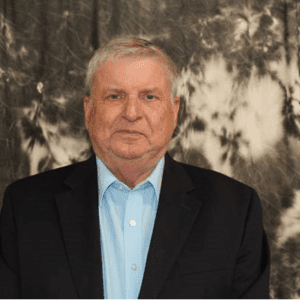