Dan Immergluck is Professor of Urban Studies at Georgia State University. His research concerns housing, race, neighborhood change, gentrification, segregation, real estate markets, and community development. Dr. Immergluck is the author of five books, and over 120 scholarly articles, book chapters, and research reports. He has consulted to the US Department of Housing and Urban Development, the US Department of Justice, philanthropic foundations, and local legal aid and other nonprofits and government agencies. Professor Immergluck has been cited and quoted in the New York Times, the Washington Post, National Public Radio, the Wall Street Journal, the Atlanta Journal Constitution, WABE Radio, and many other international, national, and local media outlets. He has testified several times before the U.S. Congress and the Federal Reserve Board.  He has served as a Visiting Scholar at the Federal Reserve Bank of Atlanta and as a Senior Fellow at the Center for Community Progress in Washington, D.C. Recently, Dr. Immergluck served on Atlanta Mayor Andre Dickens’ Transition Committee. His most recent book, Red-Hot City: Housing, Race, and Exclusion in Twenty-First Century Atlanta, will be published in October by the University of California Press.

Wang, K., & Immergluck, D. (2018). Housing vacancy and urban growth: explaining changes in long-term vacancy after the US foreclosure crisis. Journal of Housing and the Built Environment, 1-22.

Wang, K. and Immergluck, D. (2018) The geography of vacant housing and neighborhood health disparities after the U.S. foreclosure crisis. Cityscape: A Journal of Policy Development and Research 20 (2): 145-170.

Immergluck, D. (2016). A review of Where we want to live: Reclaiming infrastructure for a new generation of cities, by Ryan Gravel. Journal of the American Planning Association.

Immergluck, D. (2016). A review of Evicted: Poverty and profit in the American city, by Matthew Desmond. Public Administration Review.

Immergluck, D. (2015). Preventing the next mortgage crisis: The meltdown, the federal response, and the future of housing in America. Rowman and Littlefield. (Book) 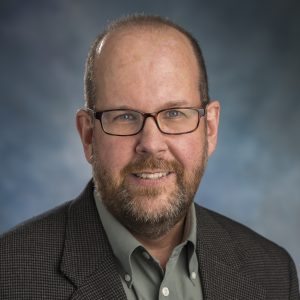