Gregory B. Lewis is professor of Public Management and Policy.  He primarily teaches quantitative research methods in the master’s and doctoral programs.  He directed the Ph.D. program in public policy until 2012 and chaired the department from 2012 until 2019.

Lewis focuses his research on the impact of individual characteristics on career patterns in the public service and on diversity issues more broadly. He examines how race/ethnicity, gender, sexual orientation, disability status, veterans’ preference, citizenship, and college major affect access to, status in, and satisfaction with federal and state government workplaces.  Most of his work on public sector careers explicitly examines the impact of race and gender – on pay, performance ratings, promotions, turnover, and retirement intentions, among other topics.

He is one of the first scholars to study lesbians and gay men as government employees.  Early work examined how prohibitions on federal employment and security clearances for homosexuals were overcome.  More recently, he has focused on gay-straight differences in probabilities of public and nonprofit employment, in satisfaction with the federal workplace, and on in pay differences.

His public opinion work focuses on understanding the factors that explain why public support for LGBT rights, especially same-sex marriage, has risen. He also looks at the impact of ideology and partisanship on attitudes toward climate change.

He has served on the editorial boards of most of the major public administration journals. 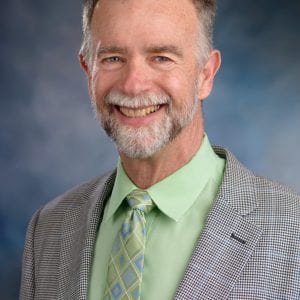