Dr. Harvey K. Newman is a Professor Emeritus in the Department of Public Management and Policy. He has an extensive academic and professional background in urban policy studies with much of his research focused on Atlanta. He holds an undergraduate degree from Davidson College, a masters degree from Duke University and a Ph.D. from Emory University. He has written a book on tourism as an economic development policy in Atlanta called “Southern Hospitality: Tourism and the Growth of Atlanta,” as well as numerous articles on policy decision making in the city. He edited a book, “Citizenship, the Community and the Public Service,” to serve as a text for a course in the Bachelor of Public Policy degree program. Newman has also been active in public affairs in Atlanta. He served for eleven years as a member (two as Chair) of the City of Atlanta’s Urban Design Commission and as a member of the Mayor’s Task Force on the Design of the Public Safety Building. Newman was also a member of Congressman John Lewis’ Fifth Congressional District Multi-Cultural Initiatives Task Force and serves as a faculty member on the Policy Institute for Civic Leadership. He was also a member of the Coalition to Remember the 1906 Race Riot, which was recognized with the Phoenix Award from the City of Atlanta. He has received numerous awards for his teaching and community service, including the Martin Luther King, Jr. Torch of Peace Award. Newman was also inducted into the Morehouse College, ML King, Jr. Collegium of Scholars.

Newman began his association with Georgia State University in 1970, serving in a variety of administrative positions including Assistant Dean, College of Urban Life and Chair, Department of Urban Studies. In 1975, he assisted in the preparation of a grant from the Kellogg Foundation that created what is now known as the Nonprofit Studies Program, Andrew Young School of Policy Studies. He served two terms as Chair of the Governing Board of his professional organization, the Urban Affairs Association. Newman recently served as Director of Educational Programs for the Nonprofit Studies Program and helped with the reorganization of the curriculum, as well as the development of the Executive Leadership Program for Nonprofit Organizations. He assisted in the development of a joint degree program and served as a member of the faculty of the Center for Research in Social Economy (CIES), University of Barcelona. He has also served as a faculty member and for three years was Director of the Faith And The City Program at Columbia Theological Seminary.

From 2008 to 2012, Newman served as Chair of the Department of Public Management and Policy. Since his retirement, he continues to teach the undergraduate Policy Leadership course with Dr. Mike Mescon and Dr. Andrea Young.  He also directs the Andrew Young Legacy Project to produce a book and film on the role of Ambassador Andrew Young in the Making of Modern Atlanta.  Since retirement Newman volunteers as a member of the Board of the Andrew J. Young Foundation and the GSU Emeriti Association Coordinating Board. 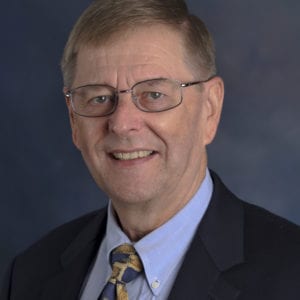