Professor Martin served in a number of management positions with the State of Georgia. From 2004 to 2005 he was the Chief Legal Officer for the Georgia Public Defender Standards Council. In that role he successfully advocated for legislation to fund Georgia’s public defender system through court fees and played an instrumental role in the initial organization of that agency. From 2001to 2003 he served as the Commissioner of Human Resources for the State of Georgia. In this capacity he oversaw a state department that employed over 18,000 people, and he managed over 100 programs in 1,000 locations in all 159 Georgia counties.

Professor Martin ran for statewide elected office. He ran for Lieutenant Governor in 2006 and for the United Sates Senate in 2008.

Professor Martin engaged in the private practice of law from 1972 to 2001 and is an adjunct professor of law at the Georgia State University School of Law. At the law school he has taught legislation and legislative drafting. Early in his career he served as a 1st Lieutenant in the United States Army in Vietnam and as an Assistant Legislative Counsel for the Georgia General Assembly. 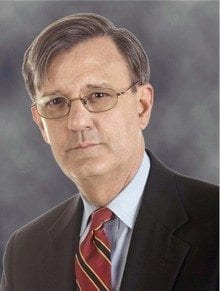