With five books and more than seventy articles in print, John Thomas is known internationally for his research on public management and public policy. His most recent book, Leading as a Public-Minded Manager: People, Politics, Purpose (Irvine, CA: Melvin & Leigh Publishers, 2020), details a skill-based approach to being an effective managerial leader in the public realm—someone who leads and manages with a sense of stewardship for those with whom they work and the larger societal purposes they seek. The book has drawn praise for “combining real-life examples and an encyclopedic knowledge of research to offer practical and insightful advice relevant for public managers at any level” (Donald Moynihan, McCourt Chair of Public Policy, Georgetown University). He holds the Michael and Enid Mescon Endowed Chair.

Since 2012, Thomas has served as Director of Master’s Programs for the Department of Public Management and Policy after chairing the department from 1993-2001. He served previously as Director of the L.P. Cookingham Institute of Public Affairs at the University of Missouri-Kansas City from 1987-1993. 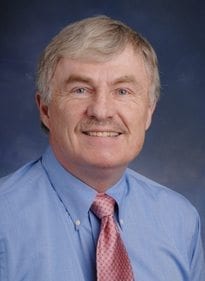