Ambassador Mary Ann Peters recently retired from The Carter Center where she served as CEO from September 2014 until June 2020. The Carter Center was founded by former President Jimmy Carter and Mrs. Carter on a fundamental commitment to human rights and the alleviation of human suffering. Its Peace and Health Programs seek to prevent and resolve conflicts, enhance freedom and democracy, and improve global health. As CEO, Ambassador Peters led the implementation of a $120- million project portfolio and a worldwide team of 3000 people.

Prior to joining The Carter Center, Mary Ann was Provost of the U.S. Naval War College from September 2008 to July 2014. The Naval War College is a professional graduate school accredited by the New England Association of Schools and College to grant a Master of Arts in National Security and Strategic Studies. Earlier Ambassador Peters served as Dean of Academics at the George C. Marshall European Center for Security Studies in Garmisch-Partenkirchen, Germany. The Marshall Center is an international security and defense studies institute that promotes dialogue and understanding among the nations of North America, Europe and Eurasia.

Ambassador Peters spent more than 30 years as a U.S. career diplomat. From 2000 to 2003, she served as U.S. Ambassador to Bangladesh, leading the Embassy response to the September 11 attack and earning a Presidential Meritorious Service Award for that work. Prior to her posting in Dhaka, Ambassador Peters was the Deputy Chief of Mission in Ottawa, Canada, responsible for managing the embassy and supervising six U.S. consulates general. From 1995 to 1997, Ambassador Peters served as Director for European and Canadian affairs on the National Security Council staff, where she worked on the Northern Ireland peace process. Ambassador Peters’ earlier postings include Sofia, Bulgaria, Moscow during the Soviet era, Rangoon and Mandalay in Burma (now Myanmar) and Frankfurt, Germany.

During her career she attained professional competency in the French, Italian, German, Bulgarian, Russian and Burmese languages.

Mary Ann is a graduate of Santa Clara University and holds an MA from the Johns Hopkins School of Advanced International Studies. She is a member of the Council on Foreign Relations and Women in International Security and currently serves on the boards of Project Hope and the Rotary Club of Atlanta. She has published a number of op-eds and co-authored a textbook chapter on the use of diplomacy in counterterrorism and has spoken to professional, business and university audiences on a variety of international topics. Mary Ann is married to Tim McMahon; they have two grown children. 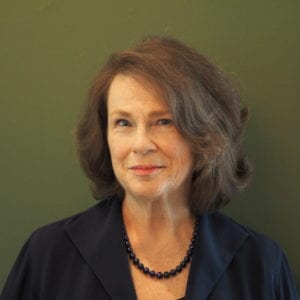