Shapiro is a graduate of Emory University (B.A. Political Science, 1978) and the Emory University School of Law (J.D., 1981). He has been a member of the State Bar of Georgia since 1981, and has been licensed to practice law in the State of Ohio since 1991. He is also a member of Alpha Phi Sigma (the National Criminal Justice Honor Society) and Pi Sigma Alpha (the National Political Science Honor Society).

He has worked in litigation firms in the Atlanta area, including serving as Managing Partner of Fambrough and Shapiro, P.C., and Peters, Townsend, Shapiro and Wilson, P.A. For more than seven years he was the Executive Director of the Georgia Indigent Defense Council (GIDC), the predecessor to the current Georgia Public Defender Council.

He is a Past President of the Georgia Association of Criminal Defense Lawyers, and has served on a wide variety of State boards and committees including the Criminal Justice Coordinating Council, Crime Victim Compensation Committee and Information Technology Policy Council, as well as the State Bar of Georgia’s Drug Task Force, Post-Conviction Capital Representation Committee and Uniform Rules Committee.

Shapiro is an Adjunct Professor at the Coles College of Business at Kennesaw State University, where he teaches courses in Employment Law and Intellectual Property & Anti-Competition Law. He serves on the McGraw-Hill Academic Advisory Board for Weapons of Mass Destruction and Terrorism and is a Faculty Affiliate of Kennesaw State University’s Siegel Institute for Leadership, Ethics & Character. He is certified as a Guest Instructor in the area of Criminal Law by the Georgia Peace Officer Standards and Training Council (POST).

He, along with others, has authored several publications, including “Escobedo v. Illinois: Not Quite Forgotten,” “The Class of ’63: Major Supreme Court Cases of the 1963 Term,” “Looking Back on Gideon v. Wainwright,” “Trouble in River City: Invoking the Right to Counsel in Municipal Courts,” and “Chimel v. California, 40 Years Later,” as well as the “Handbook for Faculty, Use of Role Play and Practical Exercises in Teaching Ethics in Criminal Justice.” He frequently lectures on technology in the courtroom and in the practice of law.

Constitutional Law including search and seizure, right to counsel and access to courts 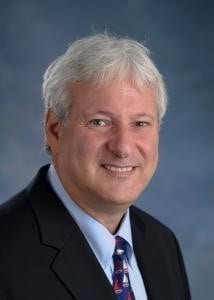