Paula Stephan is professor emerita of economics, Georgia State University and a research associate, National Bureau of Economic Research. Her research focuses on the economics of science and the careers of scientists and engineers. Recent work examines factors that discourage risk taking in science, including the extent to which peer review discourages risk taking, the relationship between international mobility and scientific productivity, how gender pairing between student and advisor relates to the productivity of PhD recipients and the economics of the postdoctoral position.

Stephan is a Fellow of the American Association for the Advancement of Science. She serves on the National Academies of Sciences Board on Science, Technology and Economic Policy, the SUNY Research Council and the Advisory Board, School of Management Studies, Politecnico di Milano. She co-directs (with Reinhilde Veugelers of KU Leuven) the Science of Science Funding Project, National Bureau of Economic Research.

Stephan was a member of the Board of Reviewing Editors, Science from 2012 until 2019. She was named ScienceCareers’ first Person of the Year in 2012. She was a Phi Beta Kappa Visiting Scholar for the 2018-2019 academic year. She received the Alumni Distinguished Professor Award, Georgia State University, 2003.

Stephan has published numerous articles in such journals as The American Economic Review, The Journal of Economic Literature, Management Science, Nature, Nature Biotechnology, Organization Science, PLOS One, Research Policy and Science. Her book How Economics Shapes Science was published by Harvard University Press, 2012 and has been translated into Chinese and Korean. An earlier book, Striking the Mother Lode in Science (co-authored with Sharon Levin) was published in 1992 by Oxford University Press. Her research has been supported by the Alfred P. Sloan Foundation, the Andrew W. Mellon Foundation, and the National Science Foundation. 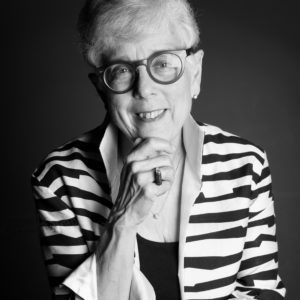