As the first African American in Georgia’s history to serve as the Governor’s attorney, she is an international public figure whose journey is dedicated to the fundamental principles of justice, equality, civic engagement and social justice advocacy. She has been featured on CNN, HLN, NBC, FOX, PBS, ABC as well as The Huffington Post, USA Today, The Los Angles Times, The Atlanta Journal Constitution, The Atlanta Tribune, The Atlanta Daily World, and newspapers throughout the country.

During the 50th Anniversary Celebration of the March on Washington, civil and human rights organizations called upon Judge Brown Reynolds to give voice to the issue of “Poverty in America” during this historic occasion. She was selected as one of America’s leading intellectuals by CNN and Essence Magazine for the groundbreaking series, Reclaiming the Dream, in association with the Black in America CNN special. As a Life Member of the NAACP, she is a member of the S.C.L.C. WOMEN’s Board of Directors, and is the founding chair of the Judicial Section of the Gate City Bar Association, an affiliate of the National Bar Association.

She is the author of several books, Real Talk for Real Sisters, 7 Steps to Peace of Mind, and her newest book, a novel, My Mother Told Me.  She also co-authored, Women and the Law: A Guide to Women’s Legal Rights in Georgia, and has several published articles, including an article appearing in the Huffington Post. She has served as President Emeritus of the Georgia Chapter of the International Women’s Forum. Judge Brown Reynolds is admitted to practice law in the state of Georgia and is a licensed Mediator/Arbitrator.

Judge Brown Reynolds is President and CEO of Divine Destiny Enterprises, LLC and The JP Foundation, a 501(c)(3) non-profit organization dedicated to strengthening families, women, youth and children and providing a voice for the poor.

She is the founder and executive producer of the annual Judge Penny’s SisterTalk: A Women’s Empowerment Conference with thousands of  attendees from around the country. She is married to the Rev. Edward S. Reynolds, Pastor, Midway Missionary Baptist Church where she serves as Associate Pastor. They have two grown sons and one granddaughter, Pelly Marie. 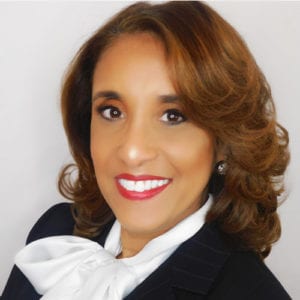