Scott Jacques is an Associate Professor of Criminal Justice and Criminology at Georgia State University. He received his Ph.D. from the University of Missouri, St. Louis in 2010. His research focuses on crimes against drug dealers, the offenders’ perspective, and theorizing method. He has interviewed hundreds of active offenders in the United States and the Netherlands, including drug sellers, robbers, and shoplifters. His books are Grey Area: Regulating Amsterdam’s Coffeeshops (UCL Press, 2019) and, coauthored with Richard Wright, Code of the Suburb: Inside the World of Young Middle-Class Drug Dealers (University of Chicago Press, 2015). His work has been published in journals such as Criminology, The International Journal of Drug Policy, The Journal of Research in Crime and Delinquency, Justice Quarterly, and Theoretical Criminology. He also serves as Director of Criminology Open, as well as Editor of …Qualitative…Criminology and The International Criminal Justice Review. 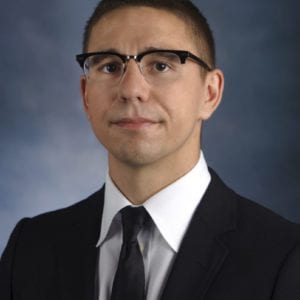