Dr. Thaddeus L. Johnson, a former ranking law enforcement official in Memphis, TN, is an Assistant Professor of Criminal Justice & Criminology at the Andrew Young School of Policy Studies at Georgia State University. His current research focuses on police policy and innovations, urban violence, crime control, and racially disparate justice outcomes. He is the author or co-author of numerous articles and reports and a book entitled Deviance among Physicians: Fraud, Violence, and the Power to Prescribe. In addition to having his research featured in national media outlets, he has written on police reform issues for the popular press and appeared on numerous broadcast radio and TV news programs in the US and Europe. 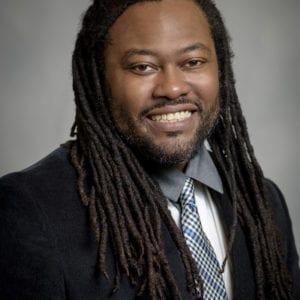