Professor Hildreth recently designed and conducted budget and finance training programs for faculty and students working with The Volcker Alliance, the Fellows and Residents of the CDC Public Health Prevention Service, and a turn-key audio workshop on financial management for public health laboratories in Africa.

As Regents Distinguished Professor of Public Finance and director of the Kansas Public Finance Center (1994-2009), governors appointed him to high-level tax and infrastructure financing assignments, and he led several research teams on significant state-wide policy issues. His past service includes appointments to the National Advisory Council on State and Local Budgeting and the Governmental Accounting Standards Advisory Council, and service as Executive Director (part-time) of the National Tax Association, and Director of Finance for the City of Akron, Ohio.

Dr. Hildreth has published widely in the top journals, including co-authored winner of the Jesse Burkhead Award for Best Article in Public Budgeting & Finance for 2012 and again in 2017. His books include the State and Local Government Debt Issuance and Management Service, the co-edited Handbook on Taxation, and the co-authored Budgeting: Politics and Power, Second Edition (Oxford University Press, 2013).

Hildreth received the 2008 Aaron B. Wildavsky Award for lifetime scholarly achievement in the field of public budgeting and financial management. He is a 2012 Fellow of the National Academy of Public Administration. As a Fulbright Scholar in 2005, Hildreth served as the visiting research chair in public policy at McGill University in Montreal. In 2002, the Woodrow Wilson International Center for Scholars selected him to serve on its delegation to China on capital market financing of environmental infrastructure.

Hildreth serves as the faculty advisor for the Municipal Securities Laboratory. 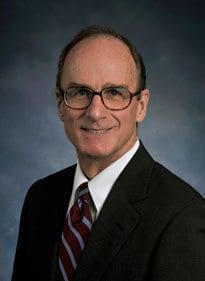